I'm in and I want to... support community energy projects. 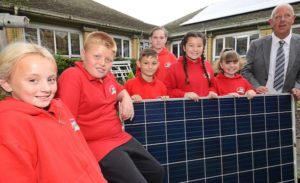 More diverse ownership over energy supplies is in the ascendance as communities look to protect themselves from rising prices and switch to low carbon and renewable sources.

Swansea: Set up a community energy company and use the profits to fund local enterprise development

Swansea Community Energy and Enterprise Scheme is a community-owned renewable energy company which was established by Swansea council in 2015 but is now run independently by a group of directors. It develops and manages renewable energy projects for the benefit of residents in some of the more deprived parts of the city. So far it has installed solar panels on nine schools and one care home. It launched a community share offer and raised almost £500,000 to pay off a loan from the Robert Owen Community Bank. Two thirds of the investors were from the local area. Up to £500,000 surplus profits from the scheme will be used to fund skills and enterprise development in poorer communities.